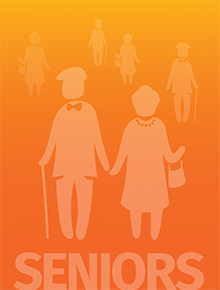 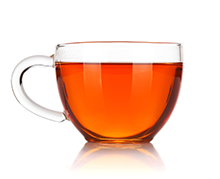 According to the Tea Association of the USA, the number of Americans who will drink tea today is about 160 million, about half of the U.S. population. And, 2012 continued with the trend of increased consumer purchases of tea — surpassing the $2.25 billion mark in retail supermarket sales.

Ever since 2737 B.C., when Chinese legend says leaves from an overhanging Camellia sinensis plant fell into Emperor Shen Nung’s cup of boiling water, tea has been recognized by cultures around the world for its capacity to soothe, restore and refresh. Far from being an apocryphal promise, tea has been lauded for an array of potential health benefits — from reducing cancer and heart disease risk, improving dental health and boosting weight loss.

Tea and Heart Health
The strongest evidence is on the side of heart health, attributed to the antioxidants in tea. Flavonoids in both black and green tea prevent oxidation of LDL, or “bad” cholesterol, reduce blood clotting and improve widening of blood vessels in the heart. Studies that looked at the relationship of black tea intake and heart health reported decreased incidence of heart attack, lower cholesterol levels and significantly lower blood pressure.

Can Tea Prevent Cancer?
Support for tea’s cancer prevention benefits is less compelling. It has been suggested that antioxidant polyphenol compounds — particularly catechins — in tea may play a role in preventing cancer. However, a 2007 review reported that with the exception of colorectal cancer, studies related to black tea and other cancers were extremely limited or conflicting.

Tea for Teeth
In 2010, Japanese researchers reported at least one cup of green tea per day was associated with significantly decreased odds for tooth loss. Other studies have suggested tea may lower the pH of the tooth surface, suppressing the growth of periodontal bacteria. A more likely reason for tea’s anti-cariogenic effect is its fluoride content. Tea usually is brewed with fluoridated water and the tea plant naturally accumulates fluoride from the soil.

Tea and Weight Loss
Evidence supporting tea as a weight-loss aid is based mainly on studies that used tea extracts (ECGC and other catechins, flavanols, polyphenols and caffeine). These results may not be directly applicable to brewed tea consumed in normal amounts.

Tea and Hydration
The caffeine content of tea varies widely depending on the kind of tea used and the way in which it is brewed. Typical levels for tea are less than half that of coffee, ranging from 20 to 60 milligrams per 8 ounces (compared to 50 to 300 milligrams in coffee). Studies found no negative effects on hydration with intakes of up to 400 milligrams of caffeine per day (the amount in about seven cups of the strongest brewed tea).