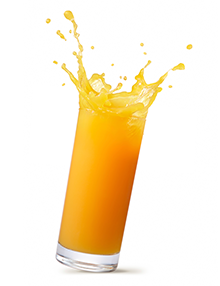 Researchers can’t say for sure, but brain bleeds were more common among those with low levels of the vitamin.
In a small study, French researchers have found that people deficient in vitamin C might be at greater risk for bleeding in the brain, also called hemorrhagic stroke. Hemorrhagic strokes make up only 15 percent of all strokes, but they usually are deadlier than ischemic strokes, which occur when a blood vessel in the brain is blocked.

“This study suggests that a low level of vitamin C is a risk for spontaneous brain hemorrhages,” said the study’s lead researcher, Dr. Stephane Vannier, from Pontchaillou University Hospital in Rennes. This link is probably related to vitamin C’s role in lowering blood pressure and maintaining the health of blood vessels, Vannier said. Despite uncovering an association between vitamin C levels and the risk of hemorrhagic stroke, however, the study did not show a direct cause-and-effect relationship.

The study results are scheduled for presentation at the annual meeting of the American Academy of Neurology, which will be held from April 26 to May 3, 2014 in Philadelphia.

Dr. Ken Uchino, a stroke specialist at the Cleveland Clinic in Ohio, said other studies will need to confirm the possible link between vitamin C levels and brain bleeding. Vitamin C deficiency causes scurvy, which can cause bleeding gums, Uchino said. “Vitamin C does have a relationship to the integrity of tissue,” he said. “One can speculate that it might have something to do with brain bleeding.”

A vitamin C deficiency, however, might just indicate an overall unhealthy lifestyle, which increases the risk for stroke, Uchino said.

For the study, Vannier’s team looked at 65 people who had suffered a hemorrhagic stroke, comparing them with 65 healthy people. Blood samples revealed that 41 percent of total participants had normal vitamin C levels, 45 percent had depleted levels of vitamin C and 14 percent were deficient in vitamin C. On average, those who had a stroke had depleted levels of vitamin C, while vitamin C levels were normal in the healthy individuals, the researchers found.

Depleted levels of vitamin C was linked to longer hospitalizations, but not a higher risk of death, the researchers found. The researchers, however, said they are not sure how much stroke risk can be attributed to a vitamin C deficiency. “Vitamin C levels were significantly lower in people who had brain bleeds, compared with healthy people, but we have not yet calculated an odds risk,” Vannier said.

High blood pressure, drinking alcohol and being overweight are other risk factors for a brain bleed, he said.

This study reiterates that people should be careful about their nutritional habits, said Dr. Louis Morledge, an internist at Lenox Hill Hospital in New York City. “One’s diet should be heavy in fruits and vegetables, and they should consider taking a multivitamin,” he said. It is important to note that data and conclusions presented at medical meetings typically are considered preliminary until published in a peer-reviewed journal.