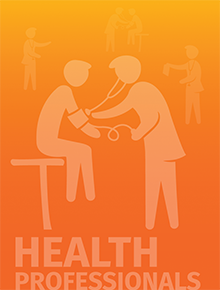 Sodas, coffee, tea, and energy drinks. Each of these is a source of caffeine. Approximately 75 percent of children, adolescents, and young adults in the United States consume caffeine, a compound that stimulates the central nervous system. In small doses, caffeine may help people of all ages feel more alert, awake, or energetic. But what if you have more than just a little? In large doses, caffeine may cause irritability, impaired calcium metabolism, anxiety, rapid heart rate, elevated blood pressure, and sleep problems. In fact, one study found that kids who consumed the most caffeine slept the fewest hours.

Because caffeine is in common beverages like sodas and teas, parents and others may unwittingly offer excessive amounts of caffeine to children. Teens often deliberately consume large amounts. Some teens find that caffeine helps them perform better in school and on tests, says pediatric specialist Angela Lemond, RDN, CSP, LD, spokesperson for the Academy of Nutrition and Dietetics. If your teen carries a heavy academic load, he or she may reach for caffeine-containing foods and beverages to improve concentration during school and then again at night to stay up late studying. Unfortunately, this can push the teen into a cycle of being unable to sleep due to caffeine’s effects–consuming more caffeine to fight fatigue from lack of sleep and then having trouble falling asleep again.

How Much is Too Much?
The Food and Drug Administration has not set guidelines for safe caffeine consumption. The Canadian government, however, recommends the following daily caffeine limits.

According to a study in the Journal of Pediatrics, American children consume more than the recommended limit in Canada.

Helping your Kids Limit Caffeine
If your kids act jittery or anxious, or if they have trouble sleeping, reducing their caffeine intake is a smart idea. Because coffee, tea, and soft drinks contribute more caffeine to the diet than other foods and beverages, limiting these is a good place to start. Lemond also recommends steering clear of foods with added caffeine such as energy drinks, jellybeans, gum, and breath fresheners. Children and adolescents should completely avoid these products, she says. If it’s energy your kids are seeking, getting to bed earlier or taking a short nap is more productive than consuming caffeine that offers pep for a short time but may interfere with sleep later that evening.

Caffeine in Selected Foods and Beverages

*Chocolate and chocolate containing foods are not a major source of caffeine.