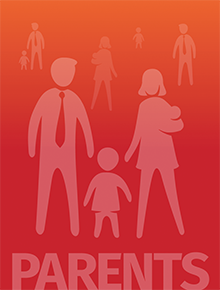 This isn’t always easy to talk about. But it is so important, we have to. Eating disorders are serious medical conditions and they can even be fatal. This isn’t a scare tactic or fabrication to grab your attention. It’s a fact. And eating disorders don’t just effect women. 1 in 20 people at some time in their life will have an eating disorder, and that includes men. The National Alliance on Mental Illness and the National Institute of Mental Health have some great facts and helpful information that we want to share with you.

When you are so preoccupied with food and weight that it becomes hard to focus on other important aspects of your life, it could be an early sign of an eating disorder. Eating disorders are a mental condition that results in both emotional and physical problems. Each condition has extreme food and weight issues, but each has unique symptoms.

Anorexia Nervosa. People who have anorexia will deny themselves of food and starve themselves due to their obsession with weight loss. They refuse to eat and will say they are not hungry. They may also binge and purge or exercise to the point of exhaustion to burn any calories they have consumed.

Bulimia Nervosa. People who have bulimia feel out of control while binging on large amounts of food in short periods of time. This causes them to desperately try to rid themselves of the calories they have consumed. Common ways of getting rid of extra calories in people with bulimia include forced vomiting, abusing laxatives or diuretics, fasting, or excessive exercise. The binge eating and purging become a vicious cycle that controls many aspects of the person’s life and has a very negative effect emotionally and physically.

Eating disorders are extremely complex and the causes are not completely known. Experts believe that a combination of factors may be involved in developing an eating disorder.

Each person’s treatment will depend on the type of eating disorder, but adequate nutrition, reducing excessive exercise, and stopping purging behaviors are the foundations of treatment. Treatment plans are tailored to individual needs and may include medical care and monitoring, nutritional counseling, medications, and individual, group, and/or family psychotherapy.

If this hits home with you or if you are concerned about a friend, family member, classmate, coworker, neighbor, or  anyone in your life, talk to a healthcare professional. There are also many national organizations and agencies that you can contact for more information and support, such as the National Alliance for Mental Illness HelpLine at 1-800-950-NAMI (6264) or the National Eating Disorders Association Information and Referral Helpline 1-800-931-2237.

This information should not be used as a substitute for the medical care and advice of your physician.