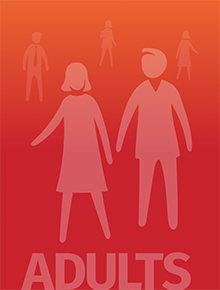 Sugar can be ‘hidden’ in savory foods as well as desserts and soda, experts note

Doctors have long thought extra sugar in a person’s diet is harmful to heart health because it promotes chronic conditions such as obesity and diabetes.

But the added sugar Americans consume as part of their daily diet can — on its own, regardless of other health problems — more than double the risk of death from heart disease, a new study from the U.S. Centers for Disease Control and Prevention has found.

And the risk of death from heart disease is more than doubled for the 10 percent of Americans who receive a quarter of their daily calories from sugar that’s been added to food, said CDC researcher and study lead author Quanhe Yang.

The findings were published online Feb. 3, 2014 in the journal JAMA Internal Medicine.

“They’re seeing that people who are moderately heavy consumers of added sugar have a heightened risk of dying of [heart] disease, and the heaviest users have the highest risk of dying of [heart] disease,” said Laura Schmidt, who wrote an accompanying journal commentary. “When you start seeing a dose-response reaction like they found, that is powerful evidence that consuming added sugar puts people at risk of death from cardiovascular disease.”

Food manufacturers add sugar to many different products to improve flavor, appearance or texture. People who eat those varied products might not be aware that they have increased their total sugar intake, because the sugar is hidden inside the food, the researchers said.

About 37 percent of the added sugar in Americans’ diets comes from sugar-sweetened beverages, the authors said. One 12-ounce can of regular soda contains 9 teaspoons of sugar (about 140 calories), Yang said — enough to put the person into a higher-risk category if they drink soda daily.

“I could be eating a 2,000-calorie diet, not overeating, not overweight. But if I just drink a can of soda a day, I increase my risk of dying from [heart] disease by one-third,” said Schmidt, a professor of health policy at the University of California, San Francisco, School of Medicine. “I think people would assume one can of soda a day would not have that kind of impact over the course of their lives.”

Other major sources of added sugar include cakes, pies, fruit drinks, candy, and ice cream and other dairy desserts, the researchers said.

Added sugar can even be found in foods most people would consider savory, such as salad dressing, bread and ketchup, Schmidt said. Another major offender is yogurt, which often comes with as much sugar as you’d find in candy.

Previous research has focused exclusively on the health effects of sugary beverages, Yang said. For the new study, the research team decided to look at how the total amount of added sugar in the American diet can affect the risk of heart-related death.

Recommendations for added sugar consumption vary, and there is no universally accepted threshold for unhealthy levels.

The researchers then compared data on sugar consumption with data on death from heart disease.

The risk of heart-related death increases 18 percent with the average American diet that receives about 15 percent of daily calories from added sugar, compared to diets containing little to no added sugar, the study authors found.

Although the study found that eating more food with added sugar was tied to a higher risk of heart-related death, it did not prove a cause-and-effect relationship.

The Corn Refiners Association, which represents the manufacturers of one popular form of added sugar, fructose, said it had no comment on the study.

By comparison, foods that are naturally rich in sugar — such as fruit — also contain lots of fiber and other nutrients, which reduces the impact the sugar has on the body, said Rachel Johnson, a professor of nutrition at the University of Vermont and chairwoman of the American Heart Association’s Nutrition Committee.

To avoid added sugar, read Nutrition Facts and ingredients labels carefully, Johnson said. Look out for ingredients that end in -ose, such as fructose or sucrose, as well as any type of syrup. “Brown rice syrup sounds really healthy, but it’s actually a sugar,” Johnson said.

For more about a heart-healthy diet, visit the American Heart Association.