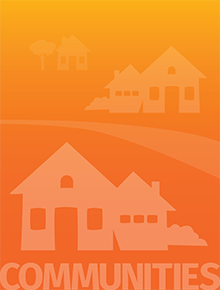 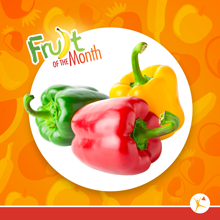 The May Fruit of the Month is Peppers!

Peppers have been enjoyed for thousands of years in Central and South America, but worldwide love of peppers started with the European trade of these tasty fruits. In fact, peppers, tomatoes, corn, avocados, beans, cashews, vanilla, and cocoa were nonexistent outside of the Americas prior to the 16th century. Eventually, people in every major culture adopted the pepper to fit their unique diets, resulting in many varieties such as the sweet bell peppers used in French and Italian cooking; the hot, aromatic peppers used in Indian, Thai, and Chinese cooking; and the famous jalapeños and habaneros of Central & South America.

Today, a quick trip to the grocery store (or backyard garden) is all it takes to get the wonderful flavors and beneficial nutrients of this awesome fruit. Peppers are high in Vitamin C– just one cup of red bell pepper gives you over 150% of your daily value! Peppers also provide many other vitamins, minerals, and phytonutrients.

So, how do you know how to pick the best pepper for you? Some supermarkets display a pepper variety’s “hotness.” A pepper’s heat is measured in units, called “Scovilles.” Stay under a Scoville rating of 3,000 if you don’t like your food too “hot/spicy.” You’ll probably want to avoid two of the hottest peppers in the world, the Carolina Reaper and the Dragon’s Breath– they can have Scoville ratings of over 2,000,000! Not to worry, though—bell, poblano, and pasilla peppers are all fantastic choices, ranging from 100-2,000 Scovilles (barely any heat at all). If you want to experiment with heat, you’re in luck—the pepper community around the world is very passionate about this fruit. Do some research to find the perfect balance of flavor and heat for your creative recipes. Your local grocer or produce manager can usually answer such questions.

Peppers are also great for the gluten-intolerant, diabetic, or anyone looking to lower their carb and sugar intake and get more nutrition from their food. In fact, the Centers for Disease Control has named peppers one of the most nutrient-dense of all fruits and vegetables!

Since boiling can reduce the nutrients in your cooked fruits, try steaming, roasting, microwaving, or stir-frying to keep the nutrition levels higher. They’re also delicious raw—skip the fried chips and processed dip in favor of fresh peppers and hummus… guaranteed yumminess! Want a sure-fire way to please the family? Large peppers, like bells and poblanos, form a natural “bowl” when halved—making them perfect for stuffing with your favorite oven-based recipes.

Learn more about peppers, and grab a delicious stuffed pepper recipe with this Pick It! Try It! Like It! fact sheet.

Show me more Fruits & Veggies of the Month!